Take Off Your Cornflakes 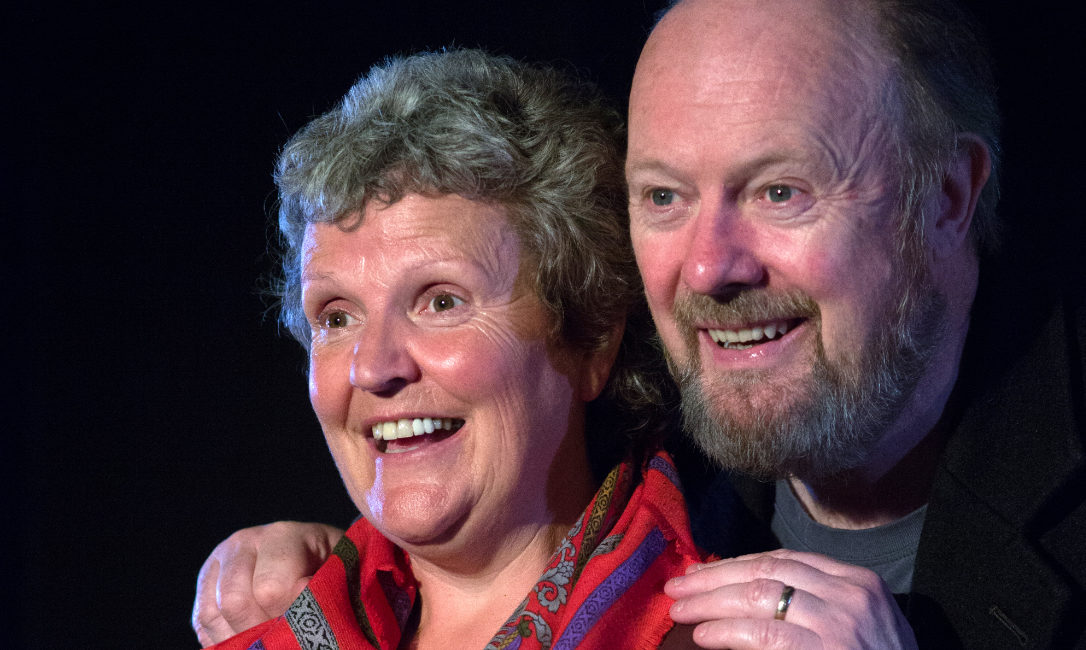 Tom and Trish have celebrated their Silver Wedding Anniversary but what happens when he wakes up with a strange woman beside him and she tells him she’s his wife? What does Trish do when she realises the person she loves is losing his mind. Faced with life-changing challenges, Trish has to make a choice, which she does, armed only with humour, music and love.

Originally developed for Fishamble’s Show in a Bag, Take Off Your Cornflakes is a tender, funny, heart-warming portrait of marriage with the best dad jokes you’ve ever heard.

“Henderson and Nolan have such natural chemistry that, like Trish, we are smiling through tears for much of the show. An acutely observed piece inspired by Henderson’s family experience, this has an authentic dignity which affirms that love and good humour can coexist with heartbreak.”
Fiona Charleton – Sunday Times

**** – “there’s a charm and ease, and an irresistible chemistry between Nolan and Henderson, that is utterly enchanting.”
Chris O’Rourke The Arts Review

**** – “Rose Henderson as Trish and Pat Nolan as Tommy give very moving performances as a couple clinging to love and affection despite the impossible situation.”
Michael Moffatt – Irish Mail on Sunday